The Senate Budget Committee through polling of its members has unanimously agreed to change how it takes up the annual budget resolution, Republican committee leaders have told CQ.

Members have agreed to release the resolution text to committee members five days before any markup. They also have decided to set deadlines specifying that first-degree amendments must be filed two days in advance of a markup and second-degree and side-by-side amendments must be sent to the committee a day before the markup.

Committee members also will no longer be permitted to offer “meaningless” amendments that do not have any impact on the budget and have been used in the past to make policy or political statements.

The changes cap months of negotiations between Republican and Democratic committee members. In the past, they made opening statements about the budget resolution before it was actually released; now, they will have the text available. In addition, they were able to offer unannounced amendments at any point during the committee’s markup.

The bipartisan rule changes are part of an ongoing effort by Chairman Michael B. Enzi, R-Wyo., to overhaul the annual budget process, in part to make it more transparent. 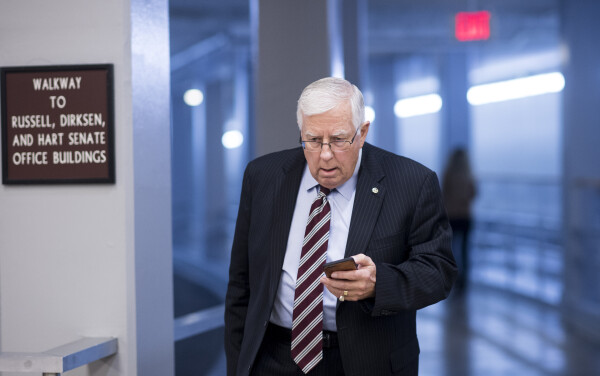 “We need to fix the nation’s broken federal budget process, and there’s no better place to start than here in this Committee,” Enzi said in a statement. “These reforms will lead to more orderly, meaningful and transparent consideration of budget resolutions and are an important step in fixing the federal budget process and getting our fiscal house in order.”

Those changes, if agreed to, would also need to be bipartisan to make it into the resolution. Enzi wants to make sure all changes to when and how the annual budget resolution is taken up in the committee and on the Senate floor continue if Democrats were to gain control of the Senate or if a different leader were to take over the committee.

“We’re not trying to ram things down people’s throats. We’re trying to do this on a meaningful basis,” a Senate Budget Committee staff member told CQ.

The committee unanimously agreed to the rule changes in March through polling of the members, as opposed to a public committee vote. The finalized rules were published in the Congressional Record last week.

Enzi has been suggesting for years that the budget process needs to be reworked, but he began focusing on specific ways to overhaul it in April 2016 when he held a series of hearings.

During those hearings, committee members discussed how the process could be changed, including eliminating the Budget Committee, moving from annual to biennial budgets as well as a biennial appropriations schedule, altering the marathon Senate floor voting session on amendments to the budget resolution known as a vote-a-rama, and carving out floor time every year to take up the 12 annual spending bills.

Following those public hearings, the committee held a series of closed-door meetings with members to discuss changes.

In July, Enzi released a list of budget overhaul proposals. Enzi had hoped to introduce a bill during the last session of Congress to implement some, if not all of the proposals on a bipartisan basis, but did not end up doing so.

Ranking member Sen. Bernie Sanders, I-Vt., did not respond to a request for comment by press time.